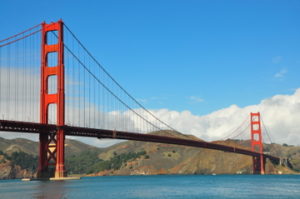 Only God knows when quakes will happen. In recent years, I have felt that a bigger quake was coming soon in northern CA, a quake that would surely get our attention. In fact, I blogged about it and yet, it did not happen.

Yet, lately I feel it again. It’s a challenge to be an empath and to pick up on others, the earth, and energies far and wide. As the saying goes, timing is everything.

CA,  from north to south, is especially on my mind. I continue to feel like the San Francisco Bay Area, California, Oregon, Washington, and Alaska, the whole western region of the USA are ripe for earthquakes of significance. When I tune in to the earth in this area, it feels very jittery and unstable. I vividly recall the 1989 quake in northern CA, a 7.1, based near Santa Cruz. I was living in Palo Alto.

In past years, I have had dreams about the coast of Santa Barbara and also the Golden Gate Bridge. Know that we are in the right place at the right time. I do not mention possible earth changes to create fear. Mother Earth cleanses herself and breathes life into the old as it is washed away..

Long ago, after my last NDE in 1974, I had a vision, years before it happened, of Japan going under the water, at least in part and it’s so surreal that that has indeed happened, even if gradually. Many have predicted things and are off, either with the event, the timing or both. This does not necessarily mean that we all are false prophets, so to speak. Prayer can change things… and timelines change, also.

Sending love and best wishes to all. Like my guidance says, “Expect the best and prepare for the worst” in these times upon Mother Earth. Call upon the glory of Archangel Michael’s protection and deep love.